The Education Writers Association recognized this story as third best in the nation in its investigative reporting category.

The extent of their suspicions and knowledge is spelled out in hundreds of pages of court testi­mony and sworn statements compiled during a monthlong investigation by School District Security Chief Jack Sidoran. 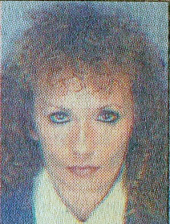 The security chief concluded that only Assistant Principal Ken Gaslin, who is now retired, failed to tell a supervisor what he knew about students’ claims against Roberts. No one else was found to have acted inappropriately. Gaslin says he is being made a scapegoat to protect educators still in the school system. He claims the investigation’s documents, which most top School District officials have not read, support his view.

“I was hung out to dry,” Gaslin said. “The cover-up starts when the chief of security gave his final report. It takes the heat off the (other) ones.”

Roberts was confronted by school officials in March 1994, then arrested Aug. 25. 1994, and charged with performing oral sex on three learning-disabled students. She later faced the same charge on a fourth student.

Trial testimony revealed that Merritt Island High administra­tors might have known of Rob­erts’ sexual acts but failed to report her to police, as required by law.

District officials, who said they were shocked at the reve­lations, asked Sidoran to investi­gate as soon as the trial ended.

Sidoran’s five-page report cleared all current employees of wrongdoing, but the documents be compiled give a broader picture of what happened at Merritt Island High and how the system respond­ed:

Law is clear on abuse

Any educator who suspects child abuse but fails to report it to police could be charged with a third degree misdemeanor under Florida law.

The law “is very concrete and specific and states that all educators have an obligation to report all cases of known or suspected child abuse,” said Betty Coxe, bureau chief for human resource development with the Florida Department of Education. “They are to report that to the criminal justice system, more than the educational system.

Coxe said she could not comment on whether the Education Department was investigating any Merritt Island High educators. The department is looking into revoking Roberts’ teaching certificate, so state officials cannot discuss her case specifically, she said.

According to Sldoran’s investiga­tion, discrepancies about officials’ level of knowledge are not limited to the staff at Merritt Island High.

School Board Chairwoman Lynn Demetriades said in August of this year that she and Sawyer learned during this summer’s trial about administrators’ knowledge of Rob­erts’ activities.

However, the report includes a document from former Assistant Superintendent Jerry Copeland, who said be sent a copy of all documents on file to Sawyer and other officials in July 1994.

Sawyer and Demetriades said last month that they had not seen that report, which also went to the state’s Educational Services Commission.

“The only thing I knew about the case is what I was reading” in the newspaper during Roberts’ trial, Sawyer said.

Demetriades intimated that­ Copeland—who left the district in December—might not have passed on all information to top district officials.

“We now have a new assistant superintendent for personnel who shares that kind of Information with the board,” Demetriades said. “Need I say more?”

Neither Sawyer nor Deme­triades nor most other board mem­bers have read all of the investigation.

Only School Board Vice Chair­woman Paula Velbl bas read all the documents.

“As an individual board mem­ber, I don’t think enough was done by the individuals who knew about this,” Veibl said Monday. “I guess, technically, after they reported it to their supervisor, they felt they were off the hook.

“I can only think, ‘Would things have turned out differently if some of these complaints had been acted on earlier?’ ”

While Sawyer and Demetriades haven’t read all of the investigation, they have read Sidoran’s summary, and they agree with his conclu­sions.

“I think the investigation was complete, and I think we acted properly,” Sawyer said. “I’ll have to depend on the people who con­ducted the investigation. I was not directly participating in that.”

Demetriades, too, said she was confident Sldoran’s investigation was thorough. The School Board chairwoman, who read a few documents in the investigation, said she agreed with the security chief’s conclusions.

Most of the other board mem­bers either gave Sidoran a vote of confidence or offered other reasons for not reading his report:

He said he is not concerned that be bas not read any of the report.

“I don’t know what point that is going to come back up where (the School Board) will have to make a decision,” he said. “I feel very comfortable with the decisions Mr. Sidoran makes in his investiga­tions.”

“I don’t know if I have to (read the report), because we aren’t being asked to take any action, (but) I feel like I probably ought to read it,” she said.

Sawyer said the system for handling the Karen Roberts case might not have performed “100 per­cent correctly,” but it did work. Most educators, with the exception of Gaslin, reported what they knew to a supervisor at the school, he said.

”We felt that they had properly reported it to their supervisors,” Sawyer said. “We are looking at procedures to make sure that ev­eryone understands that” police should be contacted in future cases.

“What we need to do is follow up and use this experience as a learn­ing experience.”

That follow-up will include:

District officials said they already had done some follow-up. In September, they sent letters to the Merritt Island High educators who were targeted in the probe and emphasized that all proper report­ing procedures should be followed.

“What the letter says is that in the future, any issue (of suspected child abuse)… should be reported directly to the principal,” Deme­triades said.

Board member Bechtel said, “We learn from our mistakes, and obviously we hope that we will all be more aware of sexual harassment, whether it be with stu­dent complaints or teacher complaints. We will be acting more rapidly.”

Most Merritt Island High educa­tors involved in the case declined to be interviewed or failed to return phone calls. Those who did return calls—Coach Michael Hill, Dean Marvin Gaines and teacher Felicia Fehl—said they wanted to put the case behind them.

“I feel like I have been treated badly (by press coverage), and so have many other people,” Gaines said. “I just want it to die.”

Some Merritt High School parents and teachers are con­cerned that the Roberts case—and how the school handled it—has not been discussed at the school.

“It would be nice to inform parents, but in a way, you can see the school being embarrassed,” said parent Maria Pye, whose daughter is a senior. “The kids were embarrassed over that. In one way, they (school officials) probably try to protect parents and kids from that until they know what is going on, because they would be embar­rassed.”

Teacher Fehl was candid in a letter she sent to Sidoran on Aug. 30 of this year.

She wrote: “Something that has very much troubled me during my seven-plus years here is that (Prin­cipal) Smith and (Assistant Princi­pal William) Dugan keep a lot of relevant information from the fac­ulty and from the students.

“We have experienced student suicides, fatal automobile acci­dents, deaths of staff family mem­bers, etc., and it seems to be the policy here to NOT openly discuss the facts and the feelings that result from these tragedies. I feel this has created an environment of fear, suspicion and gossip.

“No school wants negative pub­licity, but that very desire to hide or deny ‘family problems’… has caused the whole situation to ex­plode!

“Trust and honesty is key to providing a ‘safe’ environment so that learning can take place. I don’t believe that type of honesty has always been nurtured here.

“It’s a shame something like this had to happen to bring this problem to light.”