By Chris Evans / The Freedom Forum

NEW YORK — If a teen-ager obsessively plays a violent video game in which he roams alleyways, shooting and killing every mutant alien he sees, then later roams the hallways of his school with a real gun, shooting every student he sees, is there a connection? 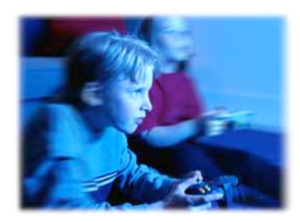 Could the video game have been a direct cause of the teen’s violence?

These questions and others probing the connection between violence and modern media emerged in sometimes contentious debate last night at the First Amendment Center, as experts argued over how much blame for societal violence should go to the different forms of media, from video games to prime-time television to the network news.

The discussion comes in the wake of a wave of violent youth episodes, most memorably the 1999 shootings at Colorado’s Columbine High School, where two students shot to death 13 classmates and a teacher before killing themselves.

In response to increasing concern over the media’s role in triggering such events, the First Amendment Center sponsored a Violence and the Media report by First Amendment lawyer Marjorie Heins, a key speaker at last night’s panel discussion.

Heins and historian Richard Rhodes squared off against experts from the American Medical Association and the American Psychological Association, two organizations that have supported the argument that media violence contributes to societal violence.

Heins said that while she might agree that there is some “correlation” between violence in the media and in American culture at large, she believes that the media often receive more criticism than they deserve, particularly from politicians looking for an issue to attack.

“You have to understand the politics of TV violence,” she said. “It is evidently very politically attractive for politicians to seize upon this issue. You can grab headlines by attacking the media, and you never really define what you mean by violence.”

Consequently, she added, the available research points to a media-violence link, but the link is actually very weak.

Heins’ own research suggests that what really matters is not the media influence, but a history of personal violence, or “what the individual person brings to the television show or video game.”
Rhodes, author of The Media Violence Myth, agreed, saying that the media receive so much blame primarily because they are visible targets.

In previous generations, he said, blame has gone to whatever passes for new media, whether that be comic books, which were initially attacked for their violent content, or novels, which originally were thought to corrupt young women.

Today, Rhodes said, “When people act violently, having no other explanation for it, one explanation is that they saw it on television.”

He added that anyone who studies “the science, or what passes for science, in this field” will find the roots of violence not on the small screen but, as Heins pointed out, in personal experience.

“The cause of violence is single and clear: It is the brutalization of children,” Rhodes said. “Some of these children decide that violence is a way to defend themselves and to achieve what they want.”

This reality, he said, “simply blows out of the water the entire media-violence debate.”

Heins said it was important for Americans to understand the true causes of violence because continued or growing acceptance of a media-violence link could erode the First Amendment freedoms that Americans enjoy.

Freedom of speech and expression are not absolutes in this country, she said. For example, obscenity can be censored; therefore, it is possible that displays of violence in games, movies, or the news that are now legal could one day be censored as well.

Dr. Edward Hill, trustee of the American Medical Association, said that when the AMA chose to support the argument that there is a media-violence link, the group’s intention was not to erode the First Amendment freedoms that Heins is seeking to protect.

Rather, the AMA took its position as a way of furthering discussion about likely causes of violence and to promote violence-prevention education in the schools, he said.

Society has changed profoundly in ways that have little to do with media violence but have a lot to do with the disposition of children who could become violent, Hill added.

“The single parent with children is the common denominator now and not the exception,” he said. “Unfortunately, our concept of parenting has not changed with the culture.”

Jeff McIntyre, senior legislative and federal affairs officer for the American Psychological Association, agreed that the causes of societal violence are complex, pointing out that domestic violence along with exposure to handguns can make youth violence more common and more deadly.

But he isn’t ready to let the media off the hook.

When it comes to violence in society, he said, “The current media culture certainly does contribute.”

He added: “There are instances when media can be the mitigating factor in an act of violence. Kids soak up nonacademic media anywhere from about two-and-a-half to as much as 10-and-a-half hours a day. The more you are exposed to something, the more likely you are to pick it up.”

The APA, like the AMA, believes the answer lies in education. McIntyre says he wants to make sure parents get more information about the violent content of movies, television shows and games, so they can make informed decisions about what their children see.

“We do not wish, from an organizational standpoint, to curb the amount of violence that is available,” he added. “We do not want to ban. We do not want to censor any of this content. We think we need a better movie-rating system. We certainly could use more information for parents.”

Such intentions would seem laudable, Heins said, but she continues to worry about the support that professional organizations like the APA and AMA lend to politicians whose actions threaten First Amendment freedoms.

She said the APA “fed and encouraged the kind of political grandstanding we see by the Sen. [Joseph] Liebermans of the world.”

Such grandstanding, she added, prevents Americans from becoming truly informed about the complex issues at hand.

What is needed, all the panelists agreed, are more frank discussions about how to reduce violence in society while protecting the freedoms we have.

This news story originally appeared May 2, 2001, on Freedom Forum Online.